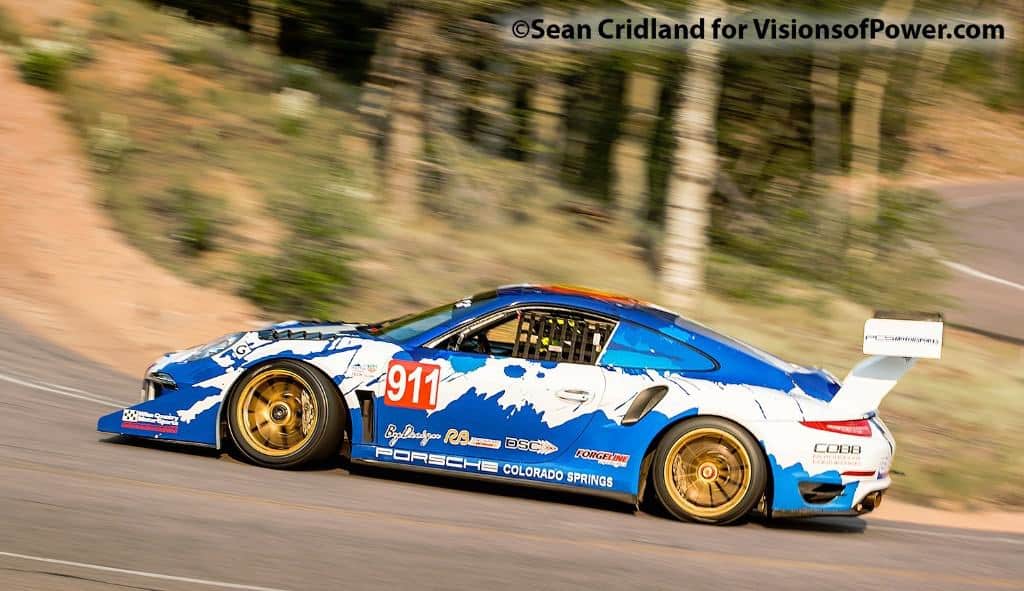 On Sunday, June 25 PCS Motorsports set out to break the Pike’s Peak International Hill Climb (PPIHC) Time Attack 1 record but fell mere seconds short of their goal. The 2014 Porsche 991 Turbo S piloted by David Donohue was set up in less than just two months. The PCS Motorsports team feels that with more time and another run at the course in 2018, they will be able to shatter the record they intended to break this year.

“We can speculate all day long as to what we could have done different to make up the 3 seconds…All in all it was a great team effort and we put the competition on notice. That car will be back next year poised to make an even stronger Time attack 1 record attempt,” says Jeff Delio, PCS Motorsports crew member. 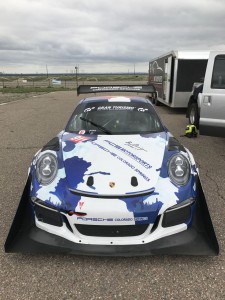 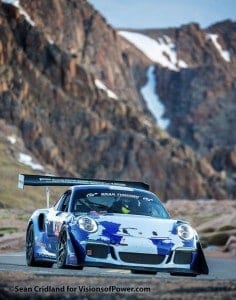 Given that the PCS Motorsports team had such little time to put together such an ambitious build that would be piloted by PPIHC rookie David Donohue (despite Donohue’s extensive success as a professional racecar driver, this was his first official run at PPIHC), the team did an outstanding job. Lacking the horsepower of Rhys Millen’s 2012 Hyundai Genesis that holds the current PPIHC Time Attack 1 record, the PCS Motorsports gave up nearly 10 seconds to Millen on the bottom section of the course. However, due to a great setup, an aero advantage, and Donohue’s expert driving the team clawed back close to 7 seconds from Glen Cove to the Summit.