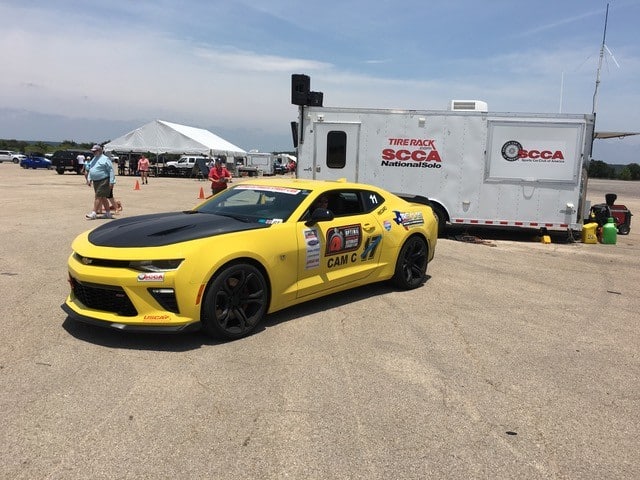 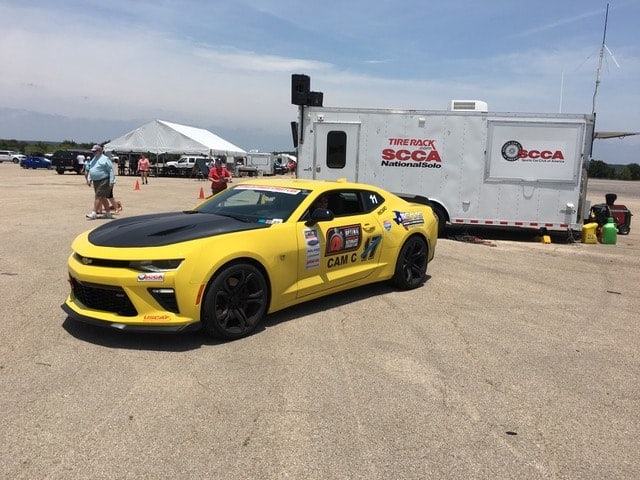 After weeks of getting a feel for the DSC Sport controller in his 2017 Camaro SS 1LE (“MCFLY”) on the street, beta tester Robert Weathers felt it was time to put the technology to the test.

“I knew the car was working much better, and could tell the difference in my own performance as a driver, because it gave me a level of confidence I did not have previously…Once I knew how fast, how quick, MFLY had become, it was clear that there was only one way to prove it, in competition.”

After turning some respectable laps on day one at the 2017 SCCA Mineral Wells CAM Challenge, Weathers decided to take things a step further by inviting his co-competitor and friend, Chad Langley, to drive the car and provide his feedback.

Langley had just finished his last run of the day in his own car with a respectable 70.9, but it was outside fifth place and a trophy for CAM C. He exited his 2017 Camaro ZL1 (running on Potenza RE71R’s) and hopped into Weathers’ MCFLY (running Goodyear F1 Supercar 3’s and a DSC Sport controller) and before long set a 69.6, a full 1.3 seconds better than his best lap in his own car! Langley was so impressed with the DSC Sport system that he asked if Weathers would consider a co-driving arrangement for the following day’s “Challenge” segment.

“[He] read my mind! What an opportunity to see just what MCFLY is capable of with a very seasoned and respected young driver that has a habit of winning when he’s got the right horse!” Weathers recalls.

The next morning, both Langley and Weathers qualified for the Challenge in MCFLY, where Langley posted his best time of the event at 68.708. The time was within hundredths of that put up by the most feared CAM C car there, Sticky Motorsports’ highly-modified 5th Gen Camaro.

With diminishing performance due to high tire temps Weathers and Langley never expected to run in the Championship round. But round after round, Langley drove MCFLY to victory despite the competitors’ best efforts. Team Sticky had two highly experienced drivers, so Langley had to beat the Sticky Camaro two times to reach the championship. Weathers recalls his own concerns as the competition (and tires) heated up:

“Team Sticky had three highly experienced drivers, so that dang car had to be defeated three times, because every one of

them qualified for the Challenge! Between rounds they cooled their tires spraying water, as I watched and worried about tire temps. It was one and done, win or go home, when Chad [Langley] laid down a 69.5 on hot tires, putting pressure on Team Sticky to perform a flawless run for the win, but we knew it was over when the event announcer said, ‘Lamming has hit a cone!’”

Despite a raw time just a few hundredths faster than Langley’s, Team Sticky clipped a cone in the Championship round solidifying an unexpected upset victory for Weathers, Langley, and DSC Sport. Weathers adds that after the victory, DSC Sport was the talk of the paddock.

“After [Langley’s] victory, I was bombarded with questions about the ‘magic Mag-Ride Box’ story that was going around.”

DSC Sport is set to release support for the 6th Gen Camaro later this year. Those who wish to stay updated on development, pricing, availability, and release date can sign up for DSC Sport’s Camaro email list.